How Do You Work with Complex Systems?

Understanding interconnectedness transforms the sphere of decision-making by encouraging us to consider the greater system (i.e., the web) instead of only an isolated thing. Perhaps the most important step toward effecting positive social and environmental change is to change our habits to see parts-within-interconnected-wholes instead of separate parts.

If you are new to this section, continue reading this webpage to learn more about the implications of interconnectedness.

If you have already read this page and want to focus on how to stimulate change in complex systems, we recommend that you do the following interactive modules in the order listed:

An Example of Interconnectedness

Systems have parts, interconnections, and a function or purpose. For example, if we were concerned about high school dropout rates and wanted to understand the issue from a systems perspective rather than as an isolated issue, we wouldn’t simply try to convince students not to drop out.

We’d need to look at the different parts of the system, how they are interconnected, and how the system functions as a whole. It would be important to consider the quality of the teachers, the attitude and policies of the administration, funding, the students’ socioeconomic backgrounds, their attitudes about their future possibilities, and so on.

We might find a system that nearly encourages students to drop out through its dysfunction. Asking these questions would prevent us from simply trying to convince students to stay in school by sheer force of persuasion (or lack thereof).

When we switch from seeing parts to seeing parts within interconnected wholes, we get a different set of data to work with that may be very revealing.

Another Example of Seeing Parts-Within-Interconnected-Wholes 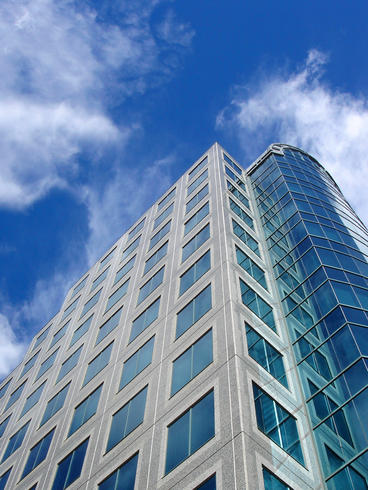 In the book Natural Capital, Paul Hawken and Amory and Hunter Lovins describe renovations to a 200,000-square foot, glass office tower near Chicago. The seals on its twenty-year-old windows were leaking, and its air conditioning system needed upgrading.

Looking at the building as a whole system, it was possible to quadruple energy efficiency for the same price as normal renovations. Installation of “superwindows,” efficient lights and office equipment, as well as daylighting deep into the building, which minimized the need for lighting instruments, reduced the cooling load by 85 percent.

This meant that the replacement cooling system could be three-fourths smaller than the original, as well as $200,000 cheaper, which offset the cost of the all the other renovations. After renovations, the energy bill would fall by 75 percent.

But, this was only possible by looking at the building as a whole system. If the contractors had simply compared the cost of the thermally superior “superwindows” to regular windows, the superior windows would appear much too costly. Likewise, if they hadn’t found the savings in the cooling load, they wouldn’t have been able to purchase a smaller air conditioning system. Only when they looked at the whole building at once did the more efficient renovations make sense.

No other systems thinking tools were applied, and no changes in goals or in the function of the building were made. Simply looking at the system as a whole accomplished the savings.

Most social and environmental issues happen in the midst of very complex, overlapping systems. If we try to deal with these issues by “just fixing them,” we will most likely fail. And we will certainly experience some negative unintended consequences.

In the classic textbook, Introduction to Systems Dynamics, George Richardson and Alexander Pugh relate an anecdote about the park service trying to solve the problems of environmental damage and crowding by opening more campgrounds and other contact areas. However, they didn’t take into account the word-of-mouth feedback loop about the new availability that increased crowds in the park, leaving the park service with the same problem as before.

In other words, the whole system becomes transformed by actions taken to address the problem. In complex systems, the problem doesn’t stay still.

What Makes a System Complex?

The more complex systems are, the greater the distance between causes and effects, which make them more difficult to track.

Also, systems are dynamic, meaning they happen over time. Because systems are interconnected, when action is taken within the system, such as opening new campgrounds in a state park, it changes the entire system, not just the “problem” that is targeted.

Complex systems are not easily controlled, so we must have a greater tolerance for uncertainty when we work with them.

You Are Part of the System Too

Effecting positive change in complex systems isn’t a matter of simple problem solving in which you see a problem that is separate from you and then you use your understanding of complex systems to solve it. Instead it is a matter of participating in the system in such a way that the system can self-organize in a benign fashion.

As facilitator Adam Kahane points out, if you aren’t a part of the problem, you can’t be part of the solution. When we include ourselves as participants within a complex system, there is an important shift in understanding.

Peter Reason writes, “To heal means to make whole: we can only understand our world as whole if we are a part of it; as soon as we attempt to stand outside, we divide and separate. In contrast, making whole necessarily implies participation: one characteristic of a participative worldview is that the individual person is restored to the circle of community and the human community to the context of the wider natural world. To make whole also means to make holy: another characteristic of a participatory worldview is that meaning and mystery are restored to human experience, so that the world is once again experienced as a sacred place.”

A true systems philosophy closes the feedback loop between the human being, their experience of reality, and their sense of participation in that whole cycle of awareness and enactment.

Working with complex systems isn’t about coming up with a plan and implementing it upon the system. Imagine trying to plan each move of a hockey game or trying to plan what your child’s personality will be like when they grow up. It wouldn’t work!

As Dave Snowden writes, trying to “impose order in a complex context will fail, but those who set the stage, step back a bit, allow patterns to emerge, and determine which ones are desirable will succeed.”

Although complex systems resist control, there are practical steps that you can take to enable desirable patterns to emerge.

Here are three steps you can take toward effecting positive change:

We will consider each of these in more detail in these interactive modules. We recommend that you do them in the order listed.

Although we split working with complex systems into two modules, there is only a slim distinction between the two. Diagramming the system can lead to a change in our own quality of participation in the system. Sometimes simply the act of listening as we diagram can resolve problems without anyone deciding to do anything about them.

Moreover, as we move into actions that can be taken to shift a system, it’s good to maintain the attitude of diagramming and listening. Donella Meadows writes, “We can’t control systems or figure them out. But we can dance with them!”